On May 27th British Airways experienced a simple power supply failure that caused cancellation of all flights worldwide and the closing of Heathrow and Gatwick airports and leaving thousands strandedin airports across the globe. (See BBC coverage here.) According to the BBC the failure took out communications systems so that they couldn’t even get information to customers about the situation.
This power supply failure and its consequences also brought down 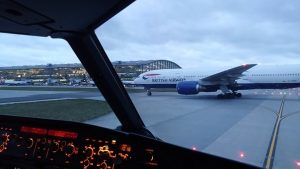 the I.T. systems that calculate how much fuel to load onto the planes, check-in lists, luggage location and retrieval systems.

This incident comes on the heels of the hacking incident that installed ransomware on computers around the world as well as other airlines computer glitches that cancelled the flights of thousands of passengers in recent months.

These events illustrate just one of the patterns characteristic of the collapse of civilizations that are now evident in our modern society.  This particular one is called “hypercoherence.” This risk is well known by the IT community, but the public aren’t catching on. Hypercoherence is when a society’s systems and its regions become so well integrated and interconnected that when there is a problem or failure in one part of the system, it brings the whole system down.  In the case of civilizations or complex societies, such hypercoherence has been involved as one of multiple factors in the decline, upheaval, or collapse of economies, states or empires or even of whole civilizations.  By itself hypercoherence would normally lead to a crisis that often could be overcome. 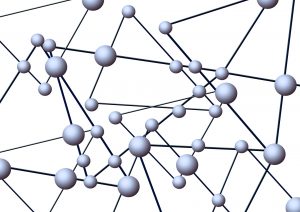 However, if such a hypercoherence crisis is combined with some of the other common dangerous weaknesses, it can lead to total disintegration.  Our modern global interlinked world already has many such additional weaknesses like shorter and shorter cycles of thinking to judge political leaders, to demand profits of CEO’s, and to plan business or government decisions, as well as the growing risks of nuclear war, global warming and so on.

The really scary thing about this week’s British Airways network breakdown and last week’s worldwide “ransomware” computer hacking virus, as well as the Russian and North Korean attempts to disrupt democracies and so on, is that any of these or other system breakdowns could easily have a domino effect of collateral damage bringing down many other interconnected systems.

Never has any civilization had such an extraordinarily dangerous degree of hypercoherence.  Nuclear weapon systems, city power grids, almost all transport, stock-markets, and most of our core economy is linked to fragile and vulnerable IT systems.  Most people 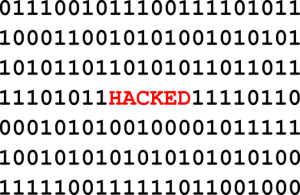 don’t realize how all areas of our lives are now dependent on IT networks.  For example, many if not most large hospitals, and almost all small ones, “outsource” online some of their most vital work.  In many cases the raw data from hospital lab tests, vital to diagnosis and procedures, is sent to other hospitals and research centers in the U.S. or Europe where those centers process the data and help diagnose your health problem, disease, or unusual levels of various elements in blood or tissue that was extracted at your hospital.  Such linked medical analyses are becoming more and more common.

The frightening thing is that very small, very common, problems can set the whole thing off.  In the B.A. case just a power outage in one set of offices in England left passengers and airports in crisis worldwide.  Power outages happen all the time.  In our day to day lives we all constantly run into these problems.  “The System is Down” has now become the most common sentence in the English language – far outstripping previous leaders like “I Love You” (or alternatively “F…. You!”).  We are really on the edge!

When these IT crises happen there is usually no alternative way to cope or to quickly fix the problem, because the “human systems,” i.e. qualified employees, are too few to deal with it.  That comes from employees being laid off when IT systems are installed or upgraded.  Remember that the main reason that such IT systems have become so universal is that they allow greater profits and reduced costs by firing employees.  When was the last time you went to an airline counter, bank, or grocery and saw employees behind all or even most of the counters?

Note that throughout history and prehistory no one, or very few, see it coming.  Never does a society’s populace or even its leaders really accept the fact that at some point their civilization will end.  And maybe soon!

As we have raged forward with IT development, it has created a worldwide economic boom in what is now a totally linked economy from London to Ohio to China to Guam.  It’s one of the greatest strengths of modern civilization. 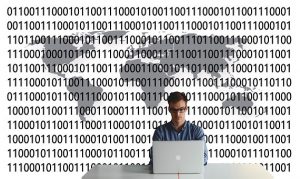 Yet, in my 25 years of study of many ancient and historical collapses, it is the greatest strengths of a society that later become weaknesses leading to crisis, as those features overdevelop or when outside factors change.  Also many collapses occur during the periods of our greatest success.  This ominously fits our current situation.  We need to wise up and learn some lessons from the past.  If we don’t, the fall could come very soon.  A.D.

Addendum:  Hey!  An even scarier example was when I went to a Circle K gas station in Nashville a couple of years ago just to buy a newspaper in their little store.  The guy at the counter said that he couldn’t sell anything because the Circle K Interstate-linked cash register and other systems were down nationwide.  I replied that I didn’t want 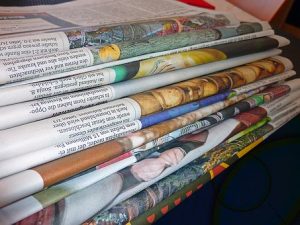 gas, just a newspaper.  He said, “Sorry, all day I haven’t been able to even sell a stick of beef jerky.”

Now when hypercoherence stands between Tennesseans and their beef jerky you know that we are on the eve of collapse!

Find more of my words, here.