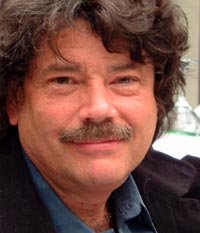 Arthur Andrew Demarest is an American anthropologist and archaeologist known for his studies of the Maya civilization.
At age four, Arthur Demarest formally announced to his parents that he would become an archaeologist. He went on to study Mesoamerican anthropology and archaeology at Tulane University and then Harvard, where in 1981 he received his Ph.D. and was elected to that university’s distinguished Society of Fellows. Since 1984, he has been at Vanderbilt University, where he is the Ingram Professor of Anthropology,  and Director of the Vanderbilt Institute of Mesoamerican Archaeology and Development. He is author or co-author of over 30 books or monographs and over two hundred articles. You can download his CV,  or see his official short bio here.
For more than thirty years, Dr. Demarest has directed archaeological field excavations at ancient sites in the highlands, coasts, and tropical forests of Central America. At present, he is directing the Vanderbilt University Cancuen  Regional Archaeological Project in Guatemala with an international team of scholars as well as projects in the highlands of Guatemala. He is also Director of the Cancuen/Vanderbilt Community Development Project, a long-term program of ecological conservation, archaeological restoration, humanitarian aid, and sustainable economic development undertaken in collaboration with the Q’eqchi’ Maya villages of the region and supported by Guatemalan, European, and U.S. agencies.
Dr. Demarest, his wife, Vilma Lorena Anleu de Demarest and three sons are currently residents in Guatemala and the U.S., and also frequently in Finland, where they collaborate with European museum exhibitions and international indigenous development efforts.
Now that you have unearthed it, share it with the world...