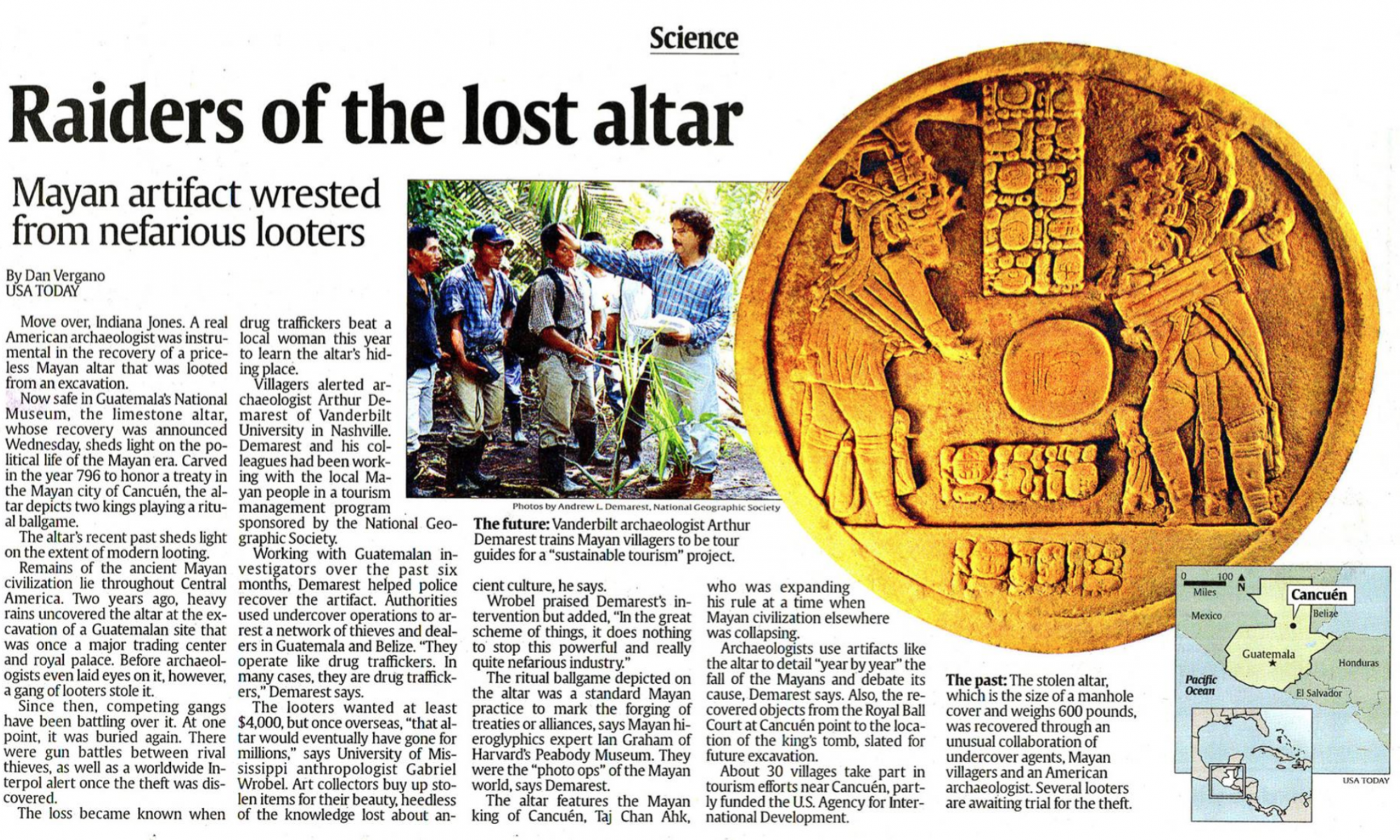 Move over, Indiana Jones. A real American archaeologist was instrumental in the recovery of a priceless Mayan altar that was looted from an excavation.

Now safe in Guatemala’s National Museum, the limestone altar, whose recovery was announced Wednesday, sheds light on the political life of the Mayan era. Carved in the year 796 to honor a treaty in the Mayan city of Cancuén, the altar depicts two kings playing a ritual ballgame.

The altar’s recent past sheds light on the extent of modern looting.