What about the popular books and tv documentaries that link Mayan (and other ancient civilization’s) achievements to extraterrestrials and space aliens? Arthur explains key points to clear up any confusion…

It is understandable that people might be confused when popular books and tv present these amazing achievements and give the ET explanation. I hope the following short version explanation helps give you the whole picture. 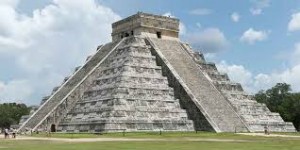 o not understand the nature and capacities of ancient technology. Our society is a technologically dependent one and all of our constructions are dependent on advanced technologies that indeed many ancient peoples did not have. But what they don’t understand is that these societies were labor based and their achievements were based on constructing, carving, crafting, whatever the achievement may be with an intensive use of labor. The ancient Maya rulers did not have metallurgy or any of the western technologies, but they did have the advantage of being god-kings which gives you access to unlimited time and labor of tens of thousands, at times hundreds of thousands of people.

The pyramids of Egypt had workers who could spend hour after hour chipping away at the same block while thousands of others were doing the same thing. And the construction 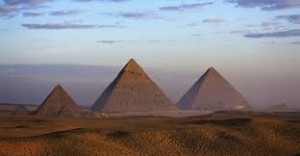 of the pyramids would take almost the lifetime, sometimes more, of the ruler who would be buried in it. They weren’t competing in a capitalist system for efficiency against other competitors. In a simplified form, that’s the secret of understanding almost all of these amazing construction activities of the ancient civilizations, be it Egypt, the Indus, Mesopotamia, etc.

In the case of Egypt, the Maya and many others, some popular writers just lie when they say we don’t understand how they were made. We know exactly how the ancient pyramids were made. We have excavated the small towns where the workman lived and the supervisors lived, and the architects lived. We have found their plans, their instruments  and their tools. We have seen cases where pyramids were constructed incorrectly and collapsed and other cases where corrections were made and its all very well documented. There is no mystery. This was not the work of space aliens.

The pyramids are not perfect. The same is true for the Maya, Aztec, Moche and many other ancient civilizations. They say that you can’t fit a razor blade or a piece of paper through the space between the stone blocks because they are so perfect, the truth is that when you have two enormous, heavy stone blocks, you can’t fit anything between them ever in any case because of the pressure.

For the mystery of why they all built pyramids, that is because on a somewhat less advanced level of technology the most stable way to make a huge construction is to make it fat at the bottom and make it smaller and smaller as it higher goes up. That way it doesn’t fall down. Prior to the introduction of reinforced concrete and steel beams, very tall vertical constructions were difficult to carry out, especially in the absence of the true arch. So that is also not a mystery.

And as far as the giant lines that are found in the deserts of the Nazca and other imagery that cannot be seen except from the sky, those 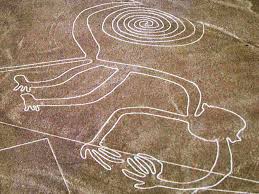 were made for the gods to see from above and to make those images on the ground at that scale is a rather simple engineering process. Today using the same kinds of trigonometry we design giant road systems, and highways and stadiums and we don’t need to do it from balloons or dirigibles. We can do it from mapping instruments on the ground. And we have found the posts and tools that allowed them to do that.

The bottom line on all of this is that people should really take courses, read and study archaeology. The truth of how the ancients made these incredible achievements all over the world in hundreds of civilizations for over ten thousand years is far more interesting and far more fascinating than simply saying extraterrestrials came and built them. Its a magnificent story about our species that everyone should be familiar with and study.