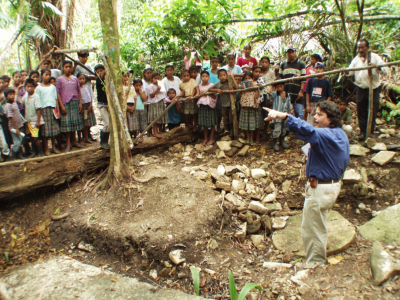 In the past six months the archaeology, discoveries, crazy field politics, and natural disasters – two earthquakes and two weeks of tropical storms – have all hit simultaneously, making the last couple of weeks more than exciting! The huge tropical storms have completely destroyed the big camp at Cancuen and damaged others, costing an astronomical amount in hut and structure rebuilding, tents, solar panel replacement, and so on. These repeated disasters in the Peten region and also all the tremors and landslides at my other dig in the highlands have made me feel like a target of biblical castigation! It hasn’t been easy, but life would be quite dull without the give and take of rainforest living. Que sera, sera!

Once again I have become totally 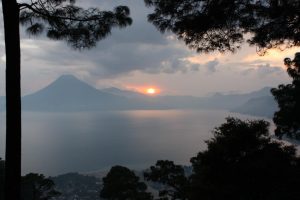 immersed in the big dig at the ancient Maya city of Cancuen in the lowland Peten jungle of northern Guatemala. Yet concurrently, my team and I are managing three other Peten projects — Sebol to the southeast, La Linterna to the west, and Sesakkar to the east, on route to the Caribbean. If that weren’t enough, we’re also collaborating at Raxruja Viejo where the project is now under the direction of Chloe Andrieu of the Le Centre National de la Recherche Scientifique and Sorbonne team. And don’t forget the travel time! Each one of these sites is a half-day away from Cancuen.

We’re digging all of these sites as part of a long-term research design to understand the changes on the eve of the collapse of the Classic Maya civilization.  At one time, all of these sites were connected as economic partners in a sprawling innovative trade system, linking Cancuen to the southern highlands, the Caribbean, Mexico, and the Gulf Coast. Those regions had obsidian (volcanic glass), jade, quetzal feathers, salt, shell, cotton, or cacao, all of which were critical to different aspects of the Mesoamerican economy.

All of the highland and lowland sites that we are investigating had a booming industry from AD 760 to 800 AD, while the other great cities of the western Peten jungle were collapsing. At some point between 800 and 810 AD, Cancuen and all of the sites in this new economic network suddenly and abruptly collapsed. We hope to be able to explain this phenomenon and its implications for ancient Maya civilization and the collapse by excavating the key sites and their hinterlands along these exchange routes over the coming years. 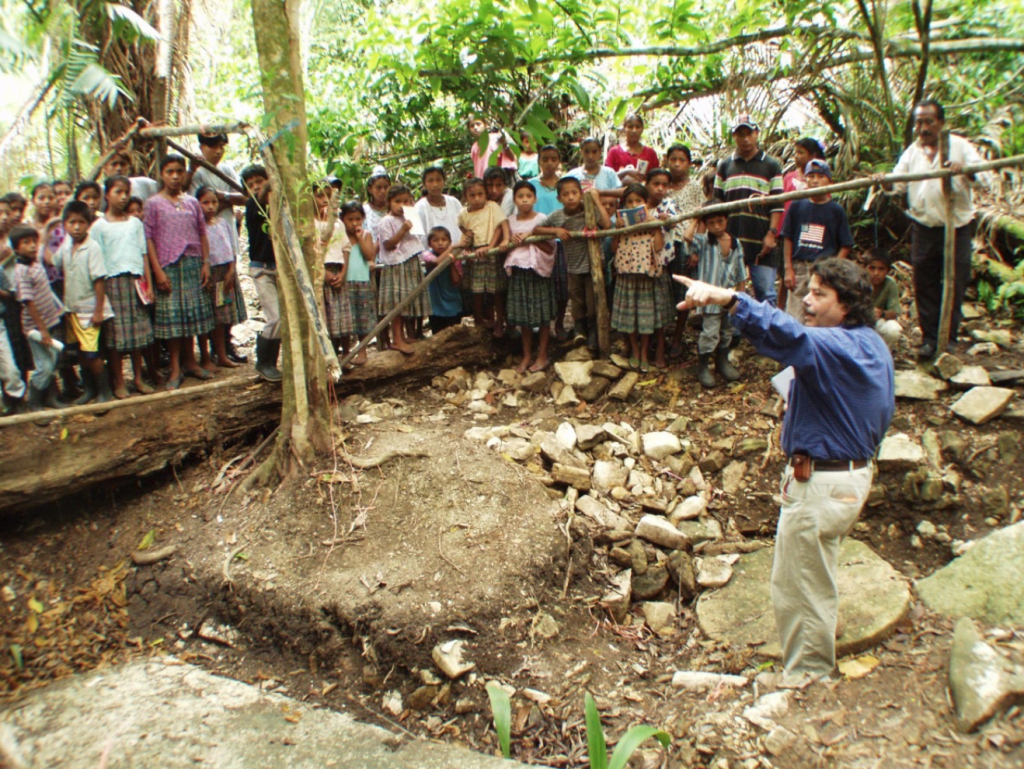 My enthusiasm for archaeology, together with my general impatience for answers, has led me once again to an incredible degree of overextension. Thankfully, all of the current digs have outstanding directors and co-directors, like Chloe Andrieu, Paola Torres, Julien Sion, and in the highlands, Carlos Alvarado. I am lucky to have such an incredible team to manage the sites while I handle the regional politics with the Maya communities and the local drug lords, who act as the local government.

In between the adventure, of course, is writing, bookwork, and the careful distribution of funds from the generous support of the Alphawood Foundation, Vanderbilt, National Geographic, and other donors. That’s the real life of an archaeological project director – that of a politician, a besieged CEO, and, most of all, a glorified accountant – leaving others to enjoy the actual digging!