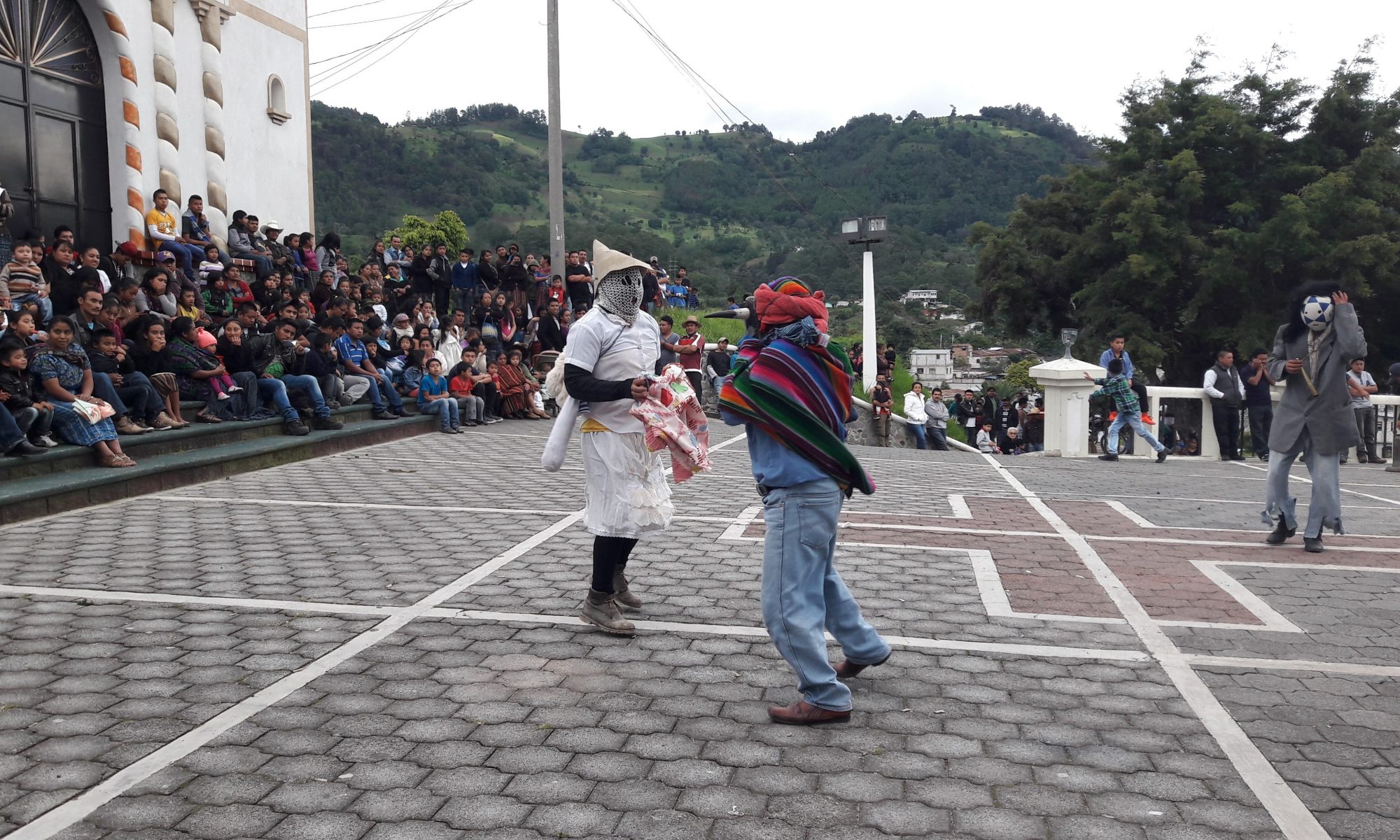 Welcome to the Main Plaza bullfight for the Summer Solstice Festival!

The video above allows you to experience and enjoy the summer solstice ritual that lasted from June 22nd to June 24th, 2017. Maya rituals are not fossils from the past, frozen in time, but rather are manifestations of living, vibrant, Maya spirituality.  Like this one, they gradually add or modify many elements to adapt to the times.  In this case, during the Spanish Conquest and Colonial period, the Kaqchiqueles added to their dances what we anthropologist types call “ritual humor,” used to mock their Spanish overlords in a way that the Spaniards themselves would not understand. Therefore, the Maya would not be castigated, or even killed, for performing such public satire.

In the San Juan “Toritos” or “Negritos” dances they must be mocking the Spanish cattle ranchers of the region who occasionally had their own local ranchers’ bullfights.  That’s why in these rituals the main dancers were done up as really over-the-top versions of toreadors with ridiculous masks and garish capes.

The crowd of dancers surrounding the toreadors and bulls represented the Spanish audiences at those rancher’s bullfights who would presumably cheer and wave after some exciting move by the toreadors. They were the ones who suddenly would break into frenzied disordered dancing, yelling and shouting and jumping about like lunatics!

Try this: Keep an eye out for the smoking volcano in the distance — They’ve been active lately!